Three and Company is a contemporary southern gospel trio from Alberta, Canada with smooth harmonies and songs to uplift and encourage the church body. They have been singing together as a trio since 2000. The group is a Member of Canada’s Gospel Music Assocation. 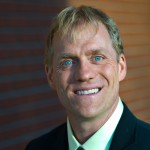 Brent Anderson from Leduc, AB grew up singing in the church.  His family was active in the local church and this lead to opportunity to sing starting at a young age. He was the front man of the christian rock group “The Undertakers” from Wetaskiwin for several years before coming to his senses, cutting his hair and putting on a suit and singing real music. Brent is married to Valerie and they have twin boys, Mason and Silas, now 14 years old. Brent works full time as well as being an artist rep for 145 Live Solutions. 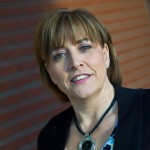 Dianne Johnson was born in Biggar, SK and enjoyed growing up in a large musical family. She is one third of a set of triplets, and has one sister and ten brothers. Dianne sang with her family growing up in Biggar, singing in church and festivals. She is married to a wonderful guy, Dale (who is writing this) for 42 years and they have twin girls, Kandis (Haliburton) and Kristin (Cooknell). Both her girls are married, Kandis has a son Jasiah and twin girls Jaydah and AaLiyah. Kristin has two boys, Harvey (3), and Clive who is 5 years old. Dianne works at a ladies clothing store, CLEO, in Edmonton. 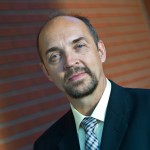 Dale Johnson born in Lloydminster, SK also grew up in the church.  He grew up in a pastors home and was involved in singing and playing instruments in church. Married to Dianne for 42 years, twin girls Kristin and Kandis, two great son-in-laws Chris Cooknell and LaRonn Haliburton, and five grandchildren, Jasiah (14), twin girls AaLiyah (11) and Jaydah (11) Clive (5) and Harvey (3). Dale loves to travel, play tennis and listen to Enlighten on SiriusXM radio. He works full time in Leduc.